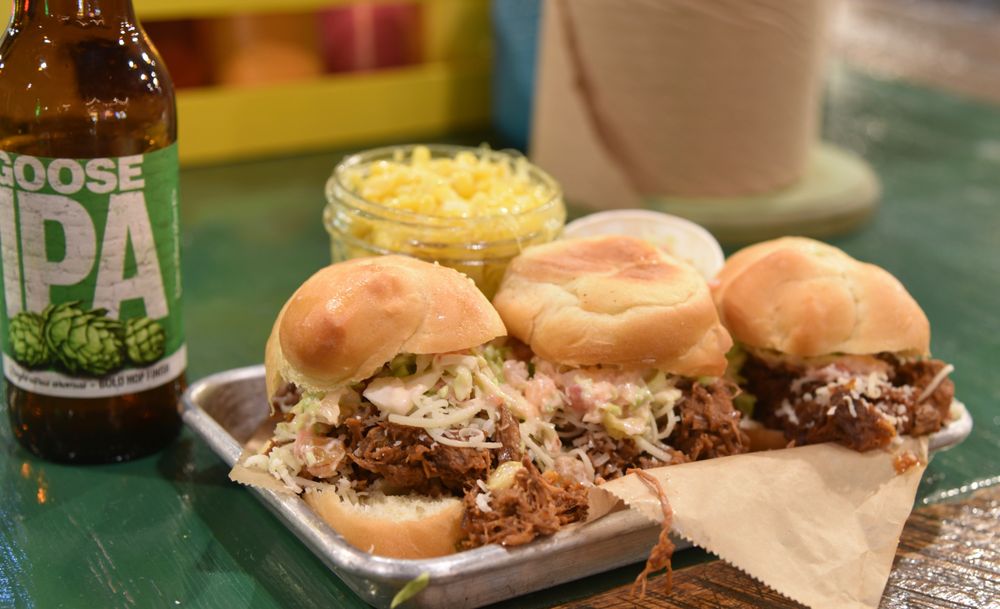 Slide open the vintage steel doors and you’ll ask yourself, “where the heck am I ?!”Belly up to Chicago’s original Black Orchid Jazz Club bar for a vintage hand made cocktail and rest your elbows where d’ boys once did...Old Blue Eyes, Sammy & Dean...What the duce?!Come and Get it... Trailer made forgotten but unforgettable dishes reminiscent of MOM’s 1960s kitchen... all made from scratch in “DUCHESS”...our 1968 streamline camper using fresh, local & organic ingredientsShake it up baby at our 1915 Chicago drug store soda fountain, featuring fresh made ice cream creations...all mixed up by “Pops”, downtown’s coolest jerk. ...what the duce?!Rummage through R & R Surplus..Steve & Andi’s new brand of gym inspired clothing... Workin’ out or Hangin’ out...Stillperfect for the best parts of the day!...what the duce!Hang out in the original bleachers from Phoenix’s St. Mary’s high school waiting for your turn to play ping pong, duce bag (corn hole), shuffleboard, or foosball...what the duce?!Re-learn the art of old school training at South Central Gym...train like they used to...chin ups, push ups, skip rope, hit the bag... then grab a ringside seat for brunch...what the duce?!What the duce?...it is what it was ... a 1928 warehouse that once anchored a bustling produce district by day... the notorious deuce by night... dice, vice, jazz and other not so good clean fun.Same corner... about a century later ...prohibition meetsproduce ...again ... and we’re tippin’ our hats to both!

I really wanted to love The Duce. It is a great concept, lots of atmosphere, different areas to hang out, and what should be good comfort food. No named vodka brands. No tonic water, instead they... Read more

The Duce was blast to the my past as I grew up in Phoenix. My father was a Phoenix police officer and the Duce back in the day was his beat. He was one of the first patty wagon drivers. The fact... Read more

Reviewed by
Tim A.

My 21 year old son took us to the Duce for dinner. We were definitely the oldest people there. Had a blast playing baggo, listening to the DJ play 80's dance music, and eating their famous... Read more

Reservations
Does not take