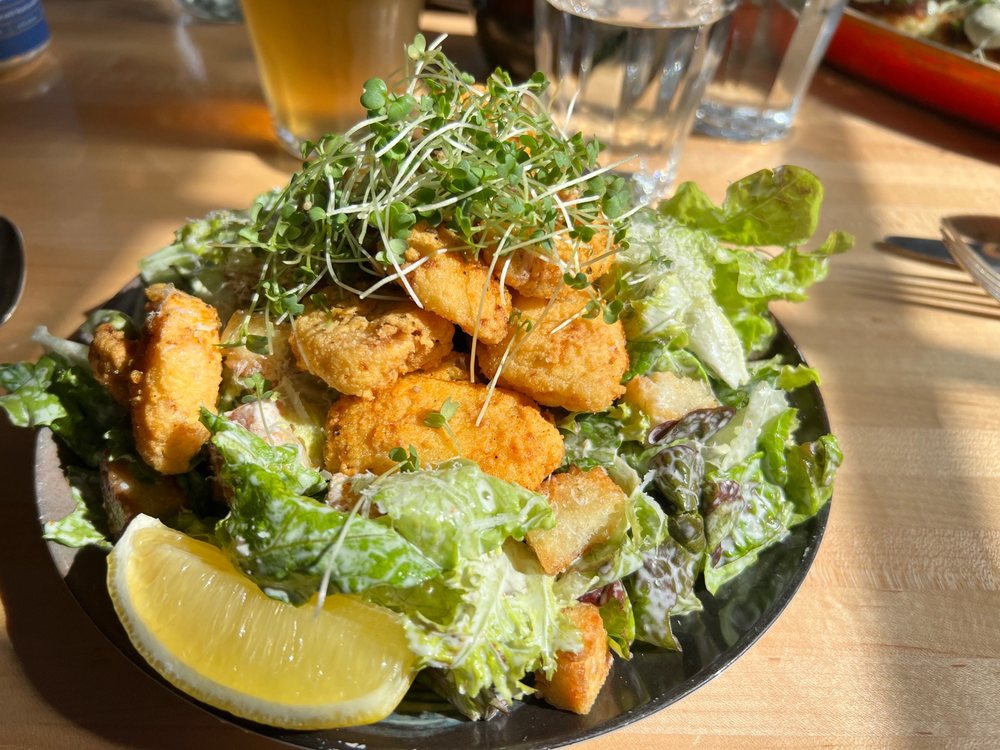 The Mallard Cottage, an 18th Century Irish-Newfoundland vernacular style cottage, is recognized as a National Historic Site of Canada, as being one of the oldest wooden buildings in North America. The Mallard Cottage, located in Quidi Vidi Village, a quaint fishing hamlet of St. John’s, was a private residence for the Mallard family, local fisherfolk who resided there from the late 18th Century until the the early 1980’s. In 1985, the location became a successful antique shop, under the ownership of Peg Magnone. In 2011, the Mallard Cottage was purchased by the team of Chef Todd Perrin, his wife Kim Doyle and Sommelier Stephen Lee. The team were joined by the talented heritage restoration specialists of Sweet Lumber Enterprises who underwent the daunting task of restoring and rejuvenating the cottage, with the help of the Heritage Foundation of Newfoundland & Labrador. Their hard work was recognized in June 2013 when they were presented with the Southcott Award for excellence in the preservation of the built heritage of Newfoundland & Labrador. As of November 2013, the Mallard Cottage has taken on its new life as a one of a kind venue where the team can celebrate Newfoundland & Labrador’s incredible purveyors, through showcasing the provinces’ vast array of wild game, seafood & produce, displayed alongside a vital piece of Newfoundlands built heritage.

Excellent service at the bar, incredible food and drink made for an unforgettable dining experience. Recommend making a reservation as only the bar serves walk-ins. Read more

Mallard Cottage is a culinary treat that feels authentic to the bone. The food we had was absolutely delicious, from start to finish. We started with bread, had baked oysters, and had several... Read more

Top meals of my lifetime! Everything in season and fresh, excellent presentation, outstanding service! Read more