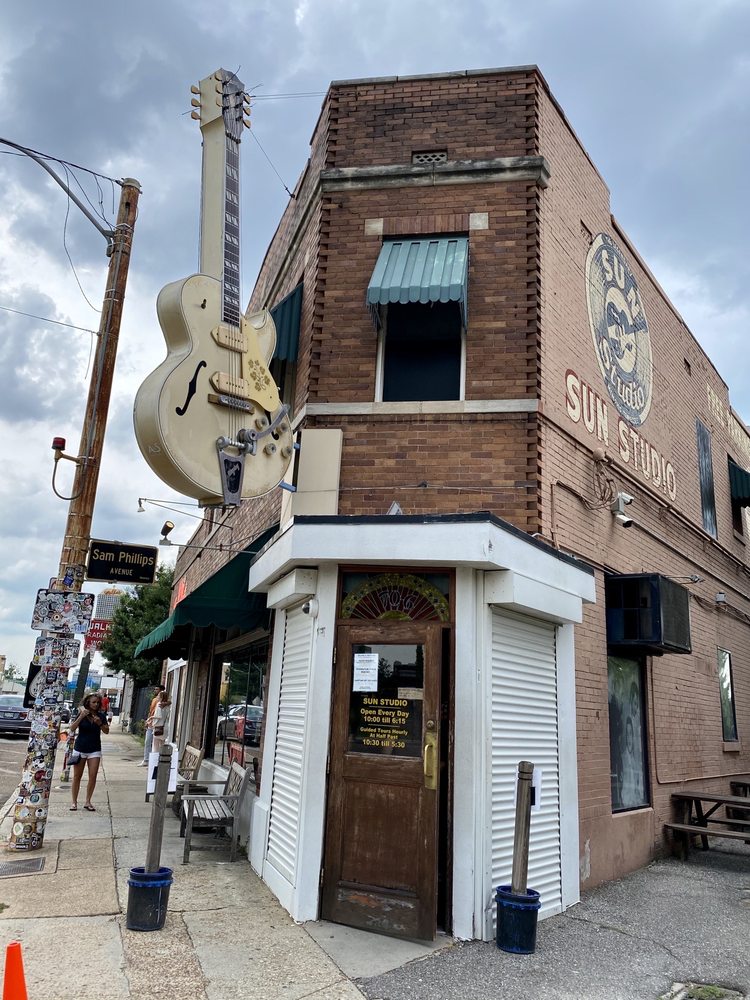 Music is not static; it grows and evolves over the years. When tracing the origins of several styles of music in the U.S., almost all roads lead to the South. You can still visit many of the places frequented by those who left their mark on the music world, including studios, museums, and homes. So grab your guitar—or your banjo and fiddle—and head out on a musical history tour of the South.

The Museum at Capricorn

Otis Redding, who co-owned Capricorn Studio, died before he could record there. But many other music legends did, including The Allman Brothers Band, Charlie Daniels, Percy Sledge, and Wet Willie. Now owned by Mercer University, it is both an active recording studio and a museum. A new state-of-the-art studio was added to the complex during renovations in 2019, but Studio A looks the same today as it did in the 1970s. The museum includes artifacts, instruments, and a unique digital "record” collection.

When Scottish and Irish emigrants settled in Appalachia, they brought with them songs from their homelands, creating the style that became known as bluegrass. But music isn’t the only thing they brought to the U.S.—in the mountains, music and moonshine have always gone hand in hand. Grandaddy Mimm's Distilling Company in Blairsville, Georgia, is owned by Tommy Townsend, a musician who has played with Waylon Jennings and often plays concerts at the distillery. You'll find music all over Blairsville and the North Georgia Mountains, including “Mountain Music” at the old courthouse on Friday nights.

Across the street from the Country Music Hall of Fame, the Walk of Fame Park honors inductees with a large stainless steel and terrazzo star embedded in the sidewalk including old-timers Hank Williams and Ernest Tubb, newer stars Lady Antebellum and Dolly Parton, and rockers Little Richard and Elvis Presley. Others who contributed to country music’s history such as songwriters Felice and Boudleaux Bryant who wrote hits "Rocky Top," “Love Hurts,” and “Wake Up Little Susie,” have stars as well.

With the guitar was added to the banjo and fiddle, Country and Western music was born. Musicians flocked to record in newly-opened studios in Nashville, Tennessee, and a new invention, the radio, became the rural South's lifeline to the world. Every Saturday night, the Grand Ole Opry sent music from Nashville’s Ryman Auditorium to listeners all over the South. Today, you can tour RCA Studio B and see instruments, artifacts, and other recording equipment used by Hank Williams, Roy Acuff, Kitty Wells, Elvis Presley, and other greats. Tours are limited, so be sure to make a reservation, which also includes access to the nearby Country Music Hall of Fame.

Memphis may be the home of the Blues, but Sun Studio (founded by Sam Phillips in 1950) is the “Birthplace of Rock ‘N’ Roll.” Phillips recorded R&B singers Howlin’ Wolf and B.B. King, and, in 1951, what he claimed to be the first rock ‘n’ roll record, "Rocket 88" by Jackie Brenston and his Delta Cats (Ike Turner and his Kings of Rhythm). In 1953, a teenage Elvis Presley stopped in to record a record for his mother's birthday—Phillips released Presley’s first single "That's All Right, Mama," and the music world was never the same. Visit the sound room and see equipment used by Presley, Johnny Cash, Jerry Lee Lewis, Carl Perkins, and others.

As tensions rose in Civil Rights-era Memphis, Black musicians drifted towards Stax Studio, which was already integrated. Jim Stewart and his sister, Estelle Axton, started the studio in an old theater, and produced some of the greatest R&B and soul artists such as Otis Redding, Rufus and Carla Thomas, Booker T. and the M.G.’s, and Wilson Pickett. The studio eventually was forced into bankruptcy and torn down. Today, a replica is open as a museum.

FAME Studio in Muscle Shoals, Alabama, is where soul and rock music collided. The Muscle Shoals Sound began when Rick Hall, Billy Sherrill, and Tom Stafford joined together to form a music recording studio. Hall split from the others in 1960, keeping the name Florence Alabama Music Enterprises (which he shortened to FAME). The studio’s first hit record was Arthur Alexander's "You Better Move On" in 1961, and Hall recorded Black musicians Etta James, Wilson Pickett, and Aretha Franklin, who credits Hall for his role in helping make her the "Queen of Soul."

The Hank Williams Museum in Montgomery, Alabama, is a dive into the life of one of the most influential musicians of southern music. Hank Williams inspired everyone from Elvis Presley to The Beatles, with Ray Charles, Brenda Lee, and Bruce Springsteen covering his songs. Williams is an inductee in both the Country Music Hall of Fame and the Rock and Roll Hall of Fame, and his Montgomery museum contains a comprehensive collection of Williams’ possessions and artifacts including the blue Cadillac in which he died on New Year's Day in 1953 at the age of 29.

In 1969, The Allman Brothers Band combined the sounds of blues, jazz, and country music, creating what is now known as Southern Rock. The band made Macon, Georgia—already home to Little Richard, Otis Redding, and other music legends—a musical hotbed of the country. Their home, known as “The Big House,” is now open as a museum filled with memorabilia, instruments, clothing, and posters.

Roadtrippers helps you find the most epic destinations and detours—from roadside attractions to natural wonders and beyond.