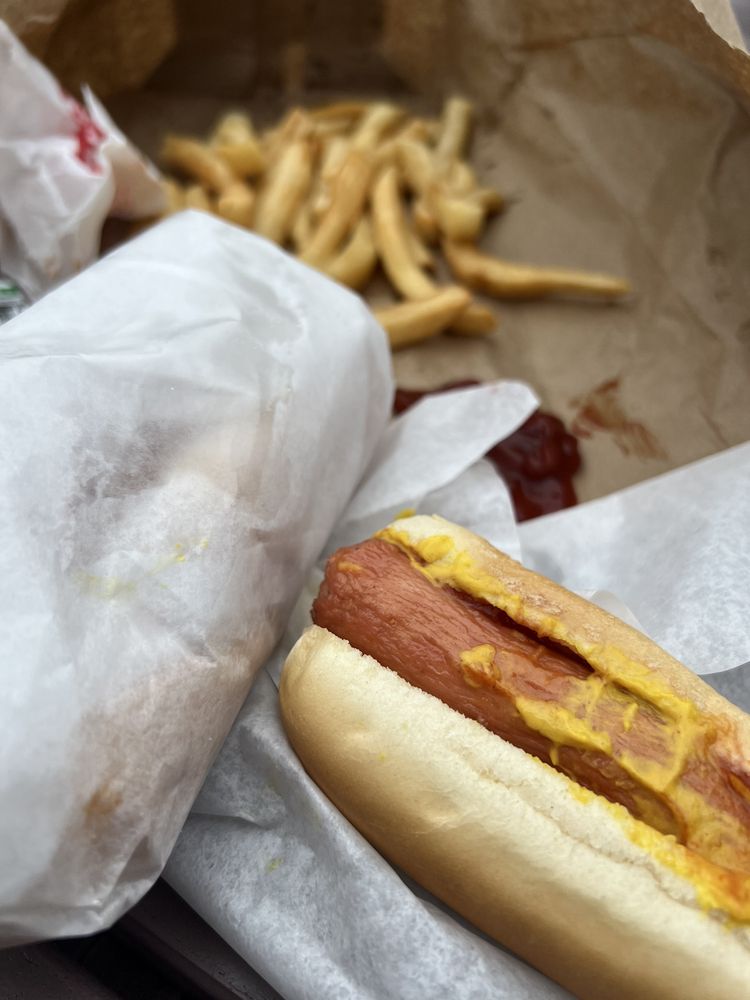 Great roadside hot dog joint ocated in Buttzville NJ. Hot Dog Johnny's is a staple in NJ for hot dogs, birch beer, and buttermilk. It makes a great and easy stop if you are traveling along route 46 in New Jersey. Quick, easy, cheap, delicious food along your way! Family owned and operated since 1944, John Kovalsky founded Hot Dog Johnny's thus earning himself the new nickname. John and his wife Louise ran Hot Dog Johnny's in it's early days from a small modest stand to its current state as a sixties independent roadside stand. Although both John and Louise have passed on, their legacy lives on. A very hard working man, who believed the only way to make an honest living was to work hard for it, stood behind his words as he worked in the Dover mines in the day and the Hot Dog Stand at night. He strongly believed anything was possible with the right kind of support which he always credited his wife Louise with.

Wasn't expecting much at a place called hot dog Johnny's, and I got exactly what I expected. This place does hotdogs and french fries and not much else. There was a steady flow of traffic in and... Read more

Always tasty dogs with onions and mustard- great birch beer too! Peaquest River running right behind the building. Great place to take a break from the road. Read more

No Frills. That's the phrase that comes to mind when thinking about Johnny's. A few toppings, a few sides, buttermilk, root beer. End Visit. If you're looking for something more than that,... Read more

Reservations
Does not take