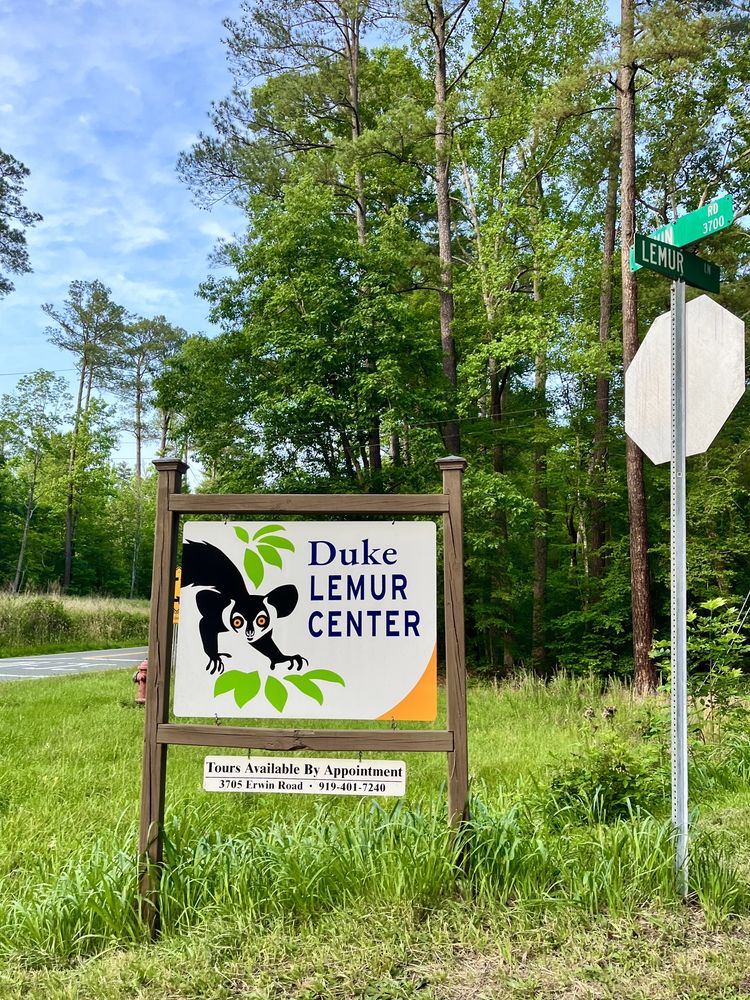 “Where we can learn more about lemur”

For millions of years, lemurs, the ancient relatives of monkeys, apes and humans, have evolved in isolation on the island of Madagascar.   With only a few natural predators, expansive habitat, and lush vegetation, lemurs flourished on the island paradise until slightly less than 2,000 years ago when humans began to settle there.   Since the first immigrants arrived, one third of the lemur species have become extinct and more teeter on the brink of extinction.   As Madagascar’s population is currently doubling every 25 years, there is ever growing pressure for land, mainly for slash-and-burn agriculture.   Therefore, the protection and preservation of these truly unique primates requires a holistic approach involving multiple strategies both in Madagascar and internationally.To this end, the Duke Lemur Center was established in 1966 and today is the world’s largest sanctuary for rare and endangered prosimian primates.   Nestled on 85 acres in Duke Forest, the Lemur Center houses about 250 animals, including 233 lemurs encompassing 15 species, along with lorises from India and Southeast Asia and bushbabies from Africa.The Mission of the Duke Lemur Center is to promote research and understanding of prosimians and their natural habitat as a means of advancing the frontiers of knowledge, to contribute to the educational development of future leaders in international scholarship and conservation and to enhance the human condition by stimulating intellectual growth and sustaining global biodiversity.

Reviewed by
A. Rose F.

We've been here twice in the last few months. We did the normal tour of the lemur center and the more expensive, more guided lemur tour inside the lemur's forested enclosures. Both tours were... Read more

I FINALLY GOT TO COME HERE!! I have been wanting to go to the Duke Lemur Center for so long but it never lined up with my travel schedule until now. A super great experience! The... Read more