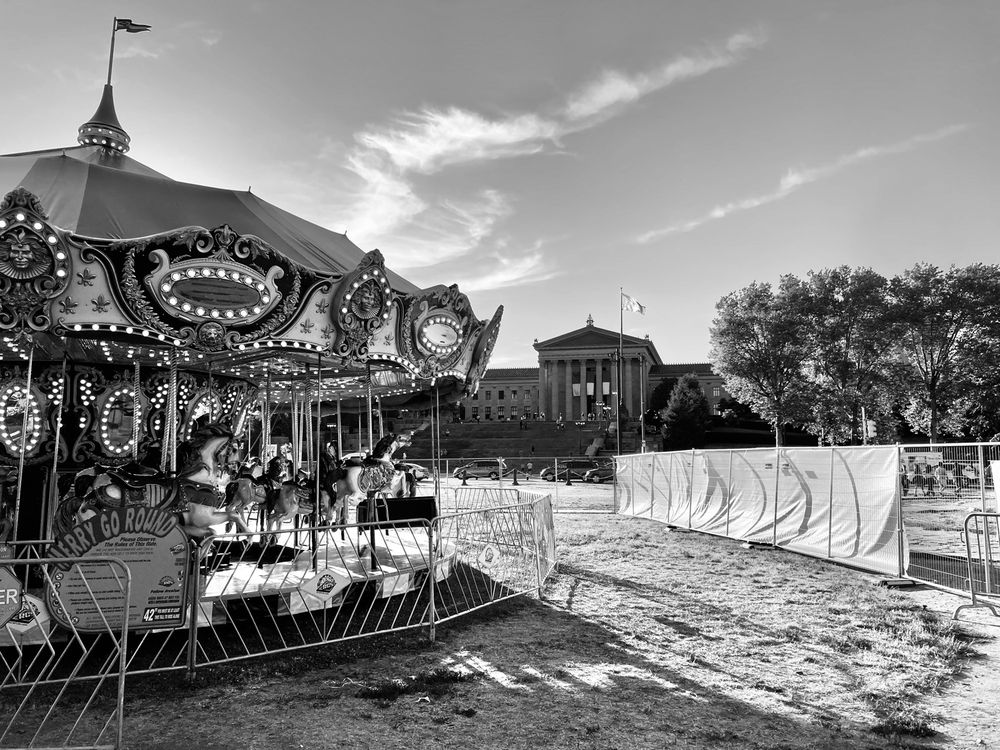 “among the largest art museums in the US”

The Philadelphia Museum of Art is among the largest art museums in the United States. It has collections of more than 227,000 objects that include "world-class holdings of European and American paintings, prints, drawings and decorative arts." The Main Building is visited by more than 800,000 people annually, and is located at the west end of Philadelphia's Benjamin Franklin Parkway. Other museum sites include the Rodin Museum, also located on the Benjamin Franklin Parkway; the Ruth and Raymond G. Perelman Building, across the street from the Main Building; and historic houses in Fairmount Park. The Perelman Building opened in 2007, and houses some of the more popular collections, as well as the Museum's library, with over 200,000 books and periodicals, and 1.6 million other documents. The museum is closed on Mondays, and the basic entrance price is $20, with various concessions. The museum holds a total of about 25 special exhibitions every year, including touring exhibitions arranged with other museums in the United States and abroad. Some have an extra charge for entrance.

Reviewed by
John A P.

An admittedly biased review... Oh PMA, my beloved PMA, ho much do I love thee... As a native Philadelphian, I have ALWAYS had the PMA in my view of the Philly landscape; From just enjoying the... Read more

This place gives me hope for humanity. I say this because I just went to the Matisse exhibit yesterday and there was a forty-five-minute wait to get in at 2pm! Unlike any other time in my... Read more

If art and history is your thing, then look no further. Classic, contemporary, modern, special exhibits, art from other parts of the world... They got it all. And in that respect, the Philadelphia... Read more