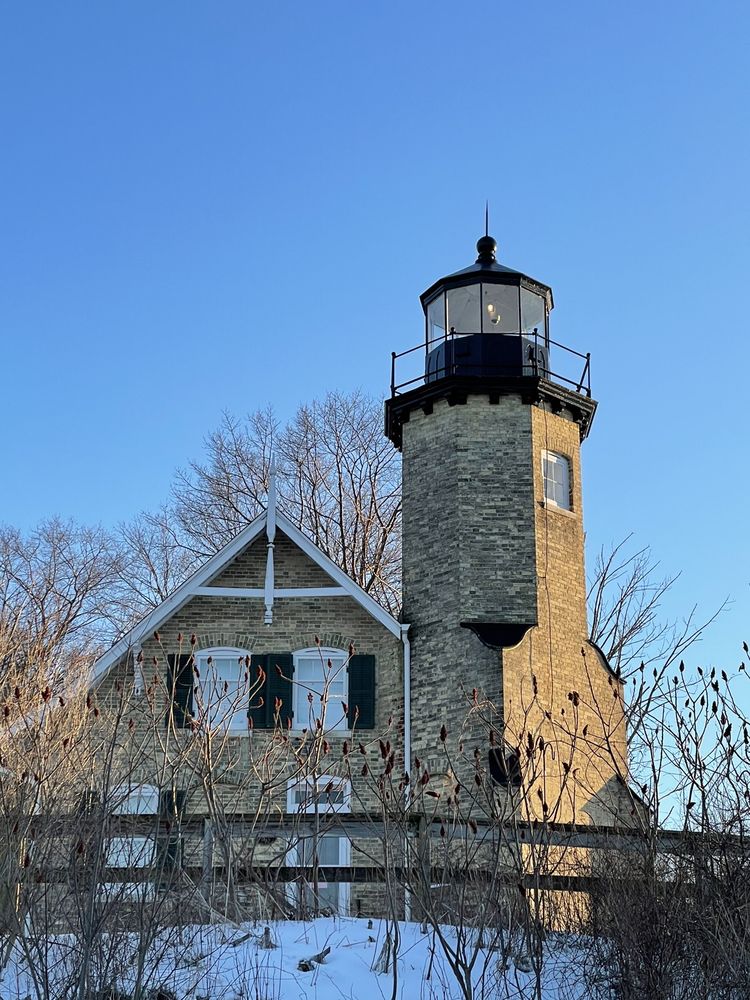 “a reminder of the rich nautical history of Michigan”

Built in 1875 by Captain William Robinson, the White River Light Station now serves as a physical reminder of the rich nautical history of Michigan. The light house is now a museum and open to the public. Plan a visit to the museum and climb the spiral staircase to the top of the light house tower, browse the many 19th and early 20th century photographs and examine our collection nautical artifacts, look out across Lake Michigan as the light house Keeper did a century ago. Captain William Robinson still keeps a tidy building. The museum curator reports that if a dust rag is left on the display case that George will clean the case and remove the rag. The old Captain can also be heard pacing upstairs, probably waiting to service his Lighthouse. This lighthouse is said to be haunted by its first keeper, Captain William Robinson, and his wife Sara. They had 11 children and lived there for 47 years. Even after he retired and his son took over, the Captain still kept up his duties. He died here in his sleep at age 87, the night before others were to take possession of the lighthouse. The sound of the Captain walking with his cane has been heard as he makes his rounds late at night, and his wife has been known to help tidy up from beyond the grave!

Reviewed by
Dee B.

If you happen to be nearby, I highly recommend visiting White River Light Station! What is it about lighthouses that make them so appealing? Other than a short climb to the top, this lighthouse... Read more